Thousands of cases of a life-threatening condition caused by mould lurking in compost heaps, pillows and duvets are being missed in UK hospitals, experts warn.

The illness – called invasive aspergillosis – develops when tiny particles of a common fungus, called aspergillus are inhaled into the lungs, causing an infection which sometimes reaches other organs via the bloodstream.

The average person breathes in hundreds of these invisible spores every single day – and to most people, they are harmless.

But for millions of Britons with lung conditions, weakened immune systems, or even severe flu and Covid-19, they can pose a risk – growing out of control, and invading the delicate lining of the lungs.

Balls of fungus can even grow, blocking the airways and causing damage. 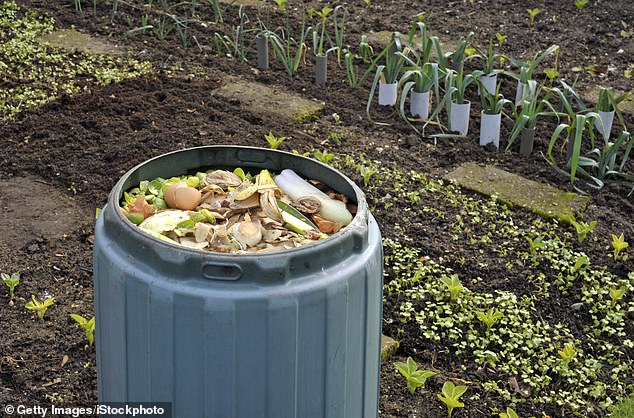 Thousands of cases of a life-threatening condition caused by mould lurking in compost heaps, pillows and duvets are being missed in UK hospitals, experts warn. Pictured: File image

Early symptoms include shortness of breath, a fever and a cough that produces bloody phlegm.

Although it is treatable with antifungal medication, half of patients still do not survive because diagnosis is delayed.

Now, alarming new research carried out by the University of Manchester suggests thousands of cases among people with chronic pulmonary disease (COPD) – a common group of lung conditions thought to affect three million people in the UK – could be going undiagnosed every year.

Up to two-thirds of those with COPD do not know they have the condition, which also puts them at an increased risk of aspergillosis.

And experts say symptoms of the fungal infection among hospital patients are often confused for other illnesses, including pneumonia and it could be wrongly treated with bacteria-fighting antibiotics, which have no effect on fungal infections, or other medicines that could make matters worse.

According to the analysis, as many as 11,000 UK patients with COPD – including some who have not been diagnosed – may be dying as a result of aspergillosis every year.

The researchers say this figure has been greatly underestimated until now.

Studies have also shown that drying wet clothes on radiators indoors raises moisture levels, creating an ideal breeding ground for it to form.

David Denning, a professor of infectious diseases at the University of Manchester, says the fungus often grows in pillows and duvets, thriving alongside house dust mites and moisture from sweat. 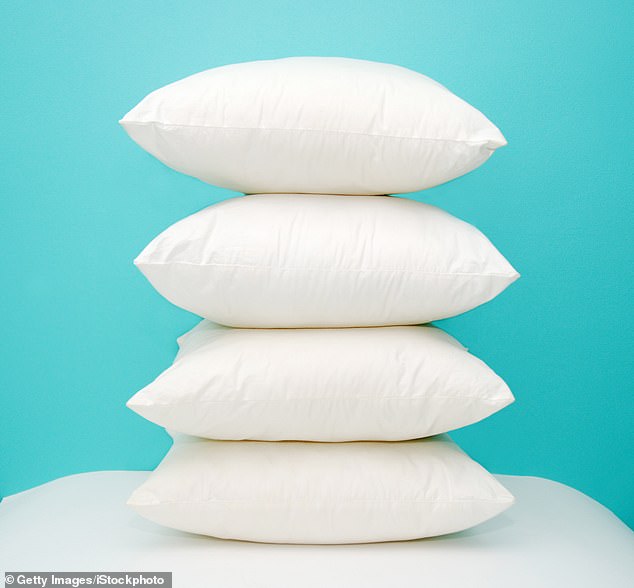 The illness – called invasive aspergillosis – develops when tiny particles of a common fungus, called aspergillus are inhaled into the lungs, causing an infection which sometimes reaches other organs via the bloodstream. Pictured: File image

Some experts suggest those with lung problems should change their pillows as often as every six months – with the most vulnerable, every three months.

‘The normal defence mechanisms in the lungs are also likely to be less effective.’

Prof Denning says steroid medication prescribed to help COPD symptoms actually help the mould grow faster and spread once it has got into the lungs.

While it was known that people with COPD were at risk of developing aspergillosis, the true scale of the problem was not previously clear.

The new study, published in journal BMC Pulmonary Medicine, suggests the most severe form of the fungal infection affects up to 26,000 patients with COPD every year – many of whom are not diagnosed.

Prof Denning says hospitals often fail to test patients for aspergillosis. ‘If a patient is breathless and admitted to hospital, and anything abnormal shows up on their chest X-ray, doctors should consider aspergillosis,’ he says.

‘They should not assume it’s a bacterial infection, and just give routine antibiotics.’

John Liley, from Manchester, died in September last year at the age of 87 from emphysema – a form of COPD – and aspergillosis.

The father-of-two was unaware of the risk posed by common mould, says his daughter Donna Liley, 61.

In his early 80s, he tested positive for the fungal infection after being hospitalised several times with pneumonia. ‘We’d never even heard of it until then,’ Donna says. ‘Not many people have.’

John was put on anti-fungal medication and remained on it for the remainder of his life, which Donna says gave them extra precious years together.

‘I’m not sure he would have survived much longer without it. If anyone has underlying lung conditions and they are repeatedly getting pneumonia or are seriously unwell with infections, like my dad, ask for a test.’