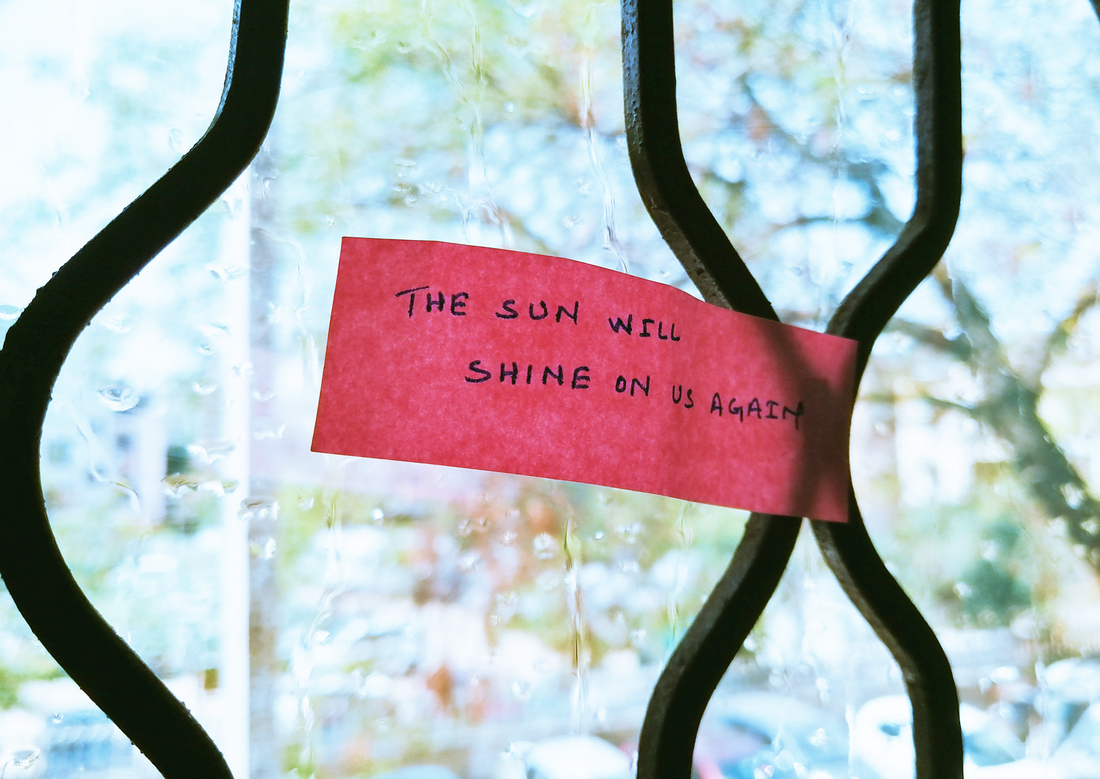 In her new book, Modern Madness: An Owner’s Manual, Terri Cheney, who lives with bipolar disorder, shares advice for dealing with anxiety and depression and helping loved ones through a crisis. 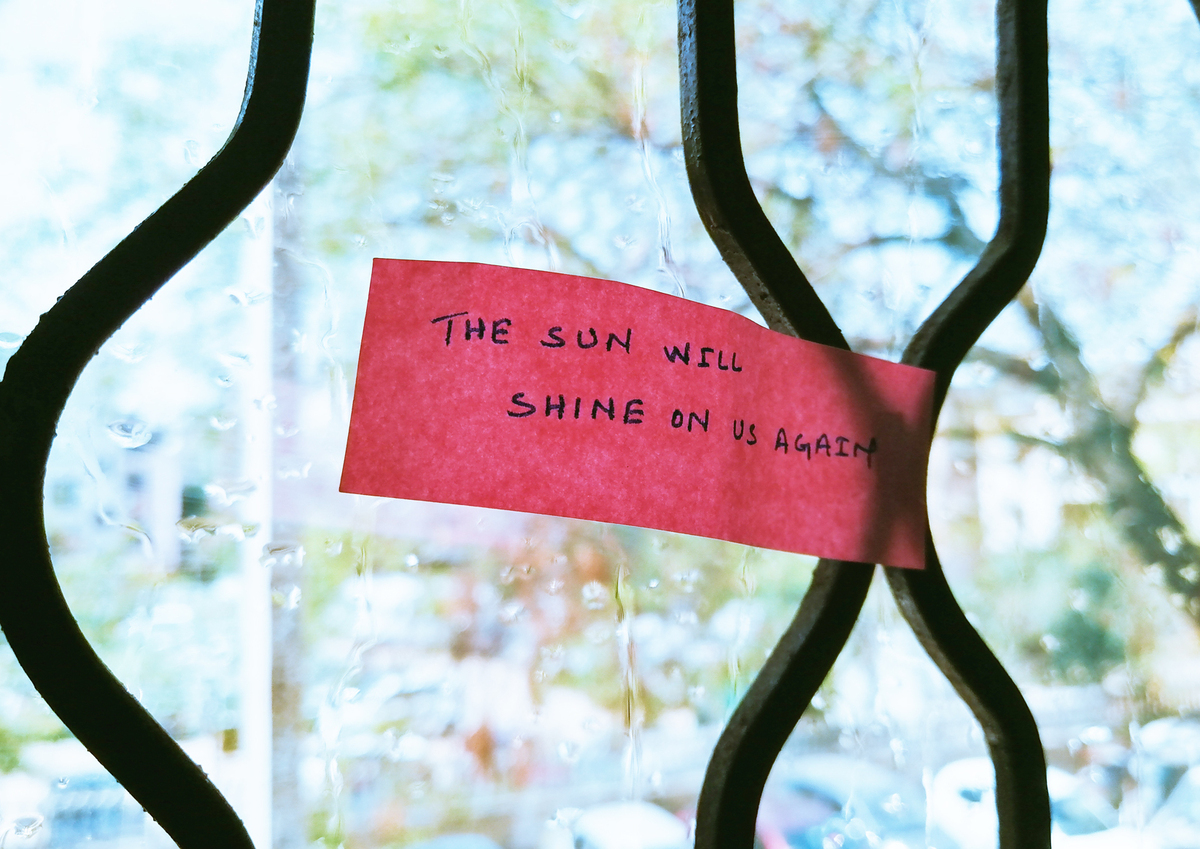 In her new book, Modern Madness: An Owner’s Manual, Terri Cheney, who lives with bipolar disorder, shares advice for dealing with anxiety and depression and helping loved ones through a crisis.

Terri Cheney did not expect she would be weathering the pandemic so well. The author of Modern Madness: An Owner’s Manual has been living with mental illness her entire life. She realizes now, this has been good preparation for the impositions of 2020.

“With anxiety,” she said, “you’re used to feeling unpredictable and always being afraid of what’s going to happen. With depression, there’s that loss of interest in things, the lack of productivity, and the loss of hope for the future.”

“That’s what America is experiencing right now,” she says, while “these are all traits that mentally ill people have learned how to deal with.”

“It’s very strange,” she says, “like we’ve been in training.”

Cheney, an entertainment lawyer turned mental health advocate, has put her decades of de facto training into a book that merges memoir — her familiar form from two previous books on living with bipolar disorder — with practical insights on topics including mental health diagnoses, the impact of mental illness on relationships, and coping skills (both good and bad).

NPR spoke with her about the new book and her advice for living with pandemic stress.

This interview has been edited for clarity and length.

You write about how living with bipolar disorder can transform normal reactions to unfortunate events “into major chemical depressions.” As we’re going through the most distressing event in recent memory, how are you feeling?

Surprisingly, I’m doing pretty well. I didn’t expect to [be]. I was frightened like everyone else. But being a writer, I’m used to isolation. So that hasn’t been as hard on me as I’m sure it has been for other people.

I feel like I maybe developed antibodies to depression because frankly, this is what I do in a really acute depressive episode. I isolate, I binge-watch TV, stay at home, stay away from people. It’s been weird to feel like I’ve had good practice and good training with all the coping skills that I’ve developed against depression; they’ve really stood me in good stead.

You wrote the book before the coronavirus pandemic, but does it have any lessons that apply to the challenges people might be going through right now?

I think a lot of us are facing our partners being not the support they used to be: They’re going through their own thing, and they’re having trouble, and maybe we can’t rely on them as much, or they just seem to be more depressed than usual.

I think when you’re in a relationship with somebody who’s suffering, if you can bite your tongue and not give advice, you’re going to be in a lot better place than you would be otherwise. [Giving] advice, just, it’s human nature. It’s well-meaning and sometimes it’s exactly what is necessary, but it shuts the other person down. Whereas if you say, “Tell me where it hurts,” it opens the person up; they can express some of the darkness that’s inside them and it dissipates when it hits the light.

I used to run a support group at UCLA’s Neuropsychiatric Institute for about 15 years. I noticed whenever people would try to talk, immediately others would jump in with advice, and it just didn’t work.

It’s not easy to sit back and listen to a depressed person talk because the things they say might be pretty dark. But you have to remember why you’re doing it and how important it is and you’re doing it out of love.

Do you have advice for people dealing with grief — from losing a loved one, or their job, or just having their lives upended?

I think it’s essential that we start to talk about how we feel in a way that we really haven’t before, because mental illness loves secrecy. Grief will thrive in secrecy as well, and I do think what we’re going through is a collective grieving process.

I think we need to take very seriously any suicidal ideation or thoughts or even jokes. [Before the pandemic,] the suicide rates just skyrocketed to the point where there’s another person [who] dies every 40 seconds from suicide, which is just unbelievable. Particularly with young people, the rates are shocking.

If I’ve found one thing that people seem to be searching for, it’s connection and not feeling so alone, which is ironic because we’re in isolation at the moment. We do need to make that connection however it can be made.

What has helped you adjust to the limitations of living in a pandemic?

Medication, therapy, writing: Those are my big mooring lines that keep me tethered to the earth.

Writing has been incredibly cathartic and therapeutic. I don’t know how I’d live without writing. It just makes the world make sense for me. I feel like once I’ve written about something, I understand it, as opposed to just living through it. It’s certainly helped me heal.

An important thing for me has been being sober. [In the past] I didn’t realize that my psychiatric medications wouldn’t work unless I was sober. With alcohol [and medication] you’re giving your brain too many messages, and it couldn’t sort out what was what.

In your book you acknowledge that madness is “a word I know may be controversial, but that I frankly adore.” You also write that bipolar disorder has given you positive traits, like “creativity, empathy, and an outsider’s eye.” What would you say to someone who is skeptical that mental illness could be a good thing?

I meant to encompass anyone who feels like their perspective is divergent in some way. I write that “it assumes a spark of genius, a familiarity with things not quite of this commonplace world.” I think we’re all a little bit mad, you know — we just don’t own it.

The concept of the “owner’s manual” is not just because the book is broken down into sections like Troubleshooting and Warranties and User Precautions, but also [because] you own yourself and your journey, and own your madness, because it makes you beautiful. It makes you who you are.

I think people with mental illness, going back to even before they were diagnosed, [have] this sense of, “I’m different from the rest of the world.” I’m just saying I think that’s valuable. We need that kind of diversity; we need all the different perspectives. They all add something unique and exciting.

You write that when you’re depressed, it’s an accomplishment just to take a shower. How did you come to recognize that as an achievement, rather than as a simple task you should be able to do? How can other people identify what these achievements are in their lives?

It took many, many years for me to educate myself about my illness to the point where I recognized my symptoms and my triggers and was able to have some compassion for them.

The shower is the thing I hate most in the world because when I’m depressed, I just can’t move. I get what they call psychomotor retardation, which means I’m paralyzed almost: not just my will but my physical body. Just getting out of bed is such an effort that I sometimes just can’t do it. So I felt a lot of shame and anger at myself, frustration.

It took years to understand that, “Oh, that’s what’s happening.”[In] the same way I can tell myself, “Oh, it’s depression talking.” That really helps.

To put that kind of distance between me and the symptoms has been invaluable. It’s a matter of having compassion, more than anything — in addition to the right medication, of course.

I think there’s a learning curve to mental illness. You really need to learn what yours looks like. “What does it look like?” and “What can I do about it?” Those are the two questions that I hope Modern Madness will help people answer.

Some people have someone they love who refuses treatment for their mental illness. To help someone in denial, you recommend empathizing with that denial. What could that look like?

Ideally, it would be something they would share in an open conversation, but I doubt that’s going to happen very often with someone in denial because they just don’t want to talk about it. It shuts them down. I think most people who are in denial about needing help, do realize that they need help. But they’re afraid nothing can be done to help.

Realizing that you use denial, we all use denial, because we’re so afraid, it’s a totally different feeling than just frustration and anger at the person for not getting help. I think it’s just a subtle mind shift [to go from] “Why are you doing this to me,” to “I understand where you’re coming from. You know, I’m afraid of dying, or I’m afraid of making a will.” Things like that might be a way to empathize.

For people who don’t have the privileges of a white, educated middle-class professional, are there parts of the book that don’t apply to them or need to be adapted to fit their lives?

I tried especially hard in this book in particular, to be inclusive of all races and genders and all different kinds of illnesses. I made it an effort more so than in my first two books, which were all about me, to go beyond myself and look more at the mental health landscape.

People might not be able to understand when I talk, for example, about my psychopharmacologist. Not everybody is lucky enough to have a doctor who specifically manages their mental health medications. That is a real sign of privilege. My doctor is retiring, unfortunately, after 25 years of treating me. I’m having a great deal of trouble finding affordable treatments, so I can’t begin to fathom how hard people without my resources have it. I can only imagine.

The stigma I’ve encountered is probably so much less than the stigma that, say, a homeless person who has mental illness has encountered.

Are you talking about the story where a woman was pleading for someone to call her doctor as police hauled her away?

I was thinking of her, yes.

You write about a time you were confronted by a police officer who thought you were intoxicated. He let you go after you convinced him to call your psychiatrist, who explained that you collapsed from side effects of a medication. Did you realize the contrast in how each of you were treated in that moment?

I did realize it in the moment. I remember that vividly. I can take myself right back to that pharmacy and what she looked like and smelled like and sounded like. It was a very visceral experience of seeing what I might have turned into if it weren’t for the incredible care that I’ve gotten, what my life might have turned into, and it really shook me. It really, in some ways, broke my heart. I felt like we were sisters under the skin in a way.

I’ve seen a lot of socioeconomic barriers to access. It’s a total tragedy that insurance companies don’t pay for aftercare once you get out of the hospital. My [support] group that I ran was an attempt to address that. So many of us didn’t have the financial wherewithal to have private support groups that were run by professionals. It’s a big gaping hole in the mental health system.