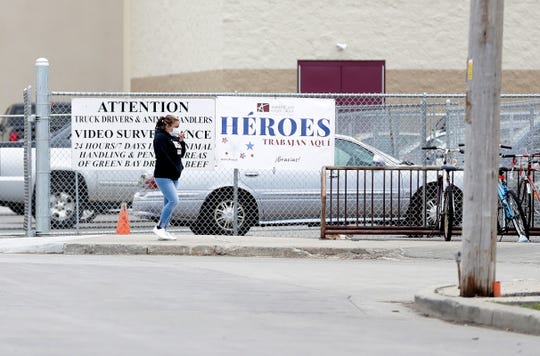 Wisconsin Manufacturers & Commerce filed a lawsuit Thursday asking a judge to block the state health department from releasing the names of businesses with COVID-19 cases in response to public records requests for the data.

The state’s largest business lobbying group argued in its filing that the records are protected by patient confidentiality laws and that disclosure will “irreparably” harm businesses by “effectively blacklisting them.”

Track COVID-19 in Wisconsin: See the latest numbers and trends

As of Oct. 1, DHS is actively investigating 440 workplaces with positive cases that are not health care facilities. The Journal Sentinel has previously reported on employees of large meatpacking plants and Amazon fulfillment centers saying that their employers failed to protect them from COVID-19

After announcing in July that it would release the names of businesses with outbreaks, the department backtracked after business groups and Republican lawmakers pushed back against the idea.

In a news conference Thursday, Gov. Tony Evers, who said he had not yet seen the lawsuit, said lawyers had assessed the public records requests and determined “it is a legitimate release that we’re doing.”

“We have an obligation to the public to obey the law in that area, and we will be releasing to people in the media that have asked for that information in the very near future,” Evers said.

In a statement Thursday, WMC President Kurt Bauer said the release “has the potential to spread false and misleading information that will damage the brands of Wisconsin employers.”

In addition, the release of the names of facilities “would reduce the effectiveness of contact tracing, reduce the confidence level workers have in their employers and actually increase the likelihood of spreading the virus,” Bauer said.

A number of public health and open records experts have argued in favor of transparency.

In July, the American Public Health Association and the Johns Hopkins Center for Health Security issued a report recommending that states publish the names of group facilities such as nursing homes and meatpacking plants associated with outbreaks.

Georges Benjamin, executive director of the American Public Health Association, said the information helps the public be aware of whether they may be at risk of exposure.

For example, he said, someone who attended a barbecue with friends will be more likely to get tested if he learns there’s been an outbreak at his friends’ workplace.

“Transparency enhances our ability to do effective disease containment,” Benjamin said. “The less transparent we are, the more difficult it is.”

Paul Biedrzycki, former director of disease control and environmental health for the City of Milwaukee, said the information shouldn’t be suppressed out of speculation that the public would panic. Sharing it, he said, empowers people to make decisions about their health and builds public trust.

In Washington and Ozaukee counties, the health department publishes the names of facilities with outbreaks but not the number of cases, in order to protect the privacy of employees at smaller facilities. Businesses that haven’t had additional cases in 14 days are removed from the dashboard.

Kirsten Johnson, the director of the Washington Ozaukee Health Department, said she doesn’t think businesses are more reluctant to work with them out of fear of having their names published.

Because people are at times reluctant to disclose the names of their close contacts, Johnson said the health department wanted people to be aware of where the virus has been present so they could watch for potential symptoms if the department was not able to contact them.

“We are hopeful that giving the information to the community helps people make good decisions,” she said.